One Vietnamese Family's Journey to Home Ownership-What's Yours?

HARD-EARNED HOME EQUITY: A TRUE STORY OF ONE VIETNAMESE REFUGEE FAMILY’S JOURNEY TO HOME OWNERSHIP IN SURREY, BC
A dangerous ocean crossing in a rickety boat, followed by many months in overseas refugee camps, years of renting and hard work led to buying their first home.  Being accused of “winning the lottery” for owning a home and targeted for more home taxes by a UBC academic, is derogatory to this immigrant family. (Last names initialized for protection.) 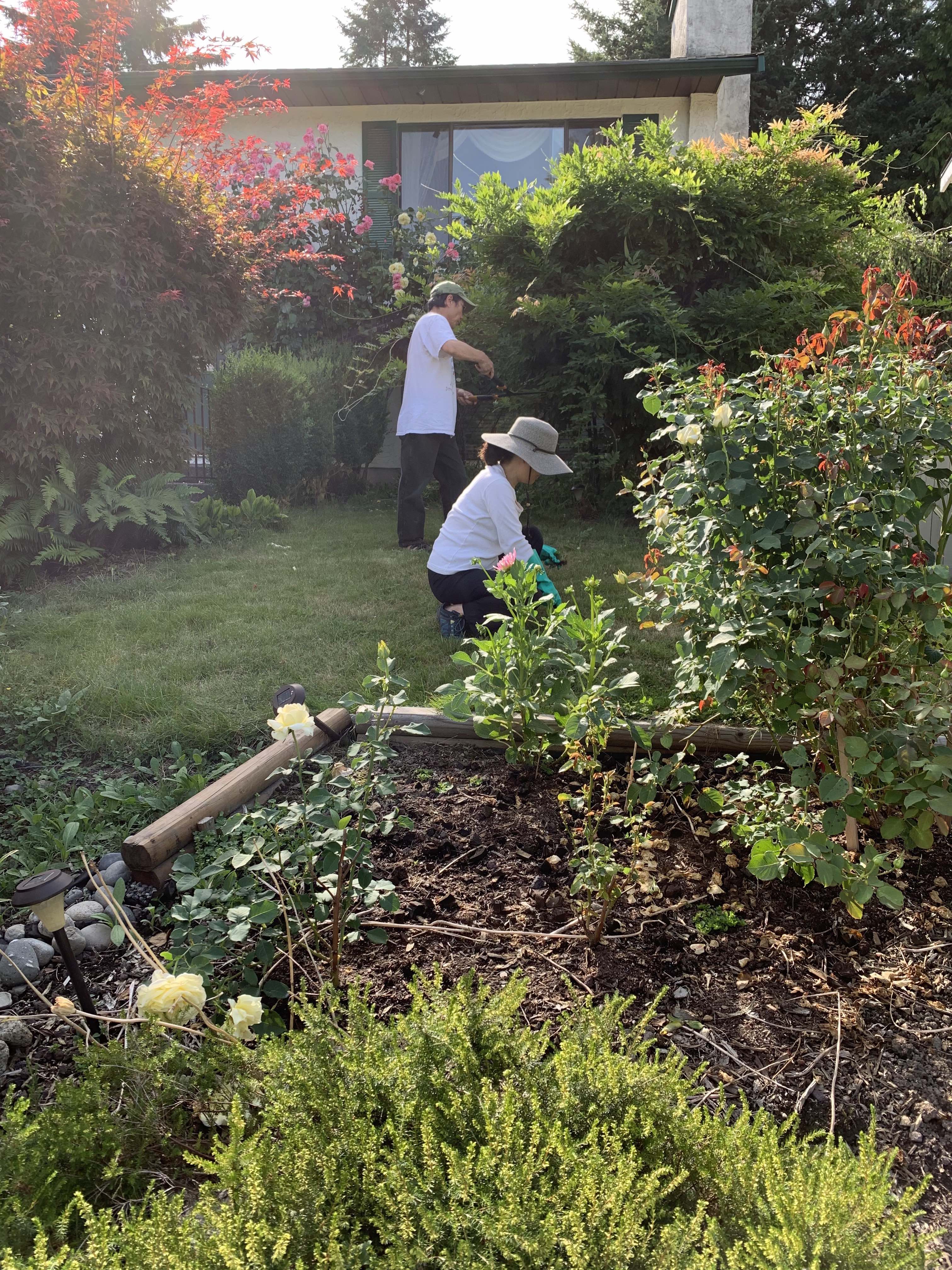 The path to owning a modest home in Surrey for Nhon L. and his wife Hoa came following a dangerous ocean crossing from Vietnam, as each separately fled a country ravaged by years of war and an oppressive communist dictatorship 35 years ago. As a young teen, Hoa was especially fearful for her future in her home country after her father was falsely accused of spying for western countries, and imprisoned for six years, four of those in brutal solitary confinement where he was routinely tortured. “He went gray overnight and had lifelong respiratory health issues as a result of the cold, damp conditions and malnourishment he endured,” she recalled.  Others, like him, were executed or faced life imprisonment. “We had no human rights in Vietnam.”

Under cover of nighttime darkness, Both Nhon and Hoa left behind family and friends, without knowing if they’d even survive the treacherous journey, be caught by Vietnamese police, jailed, robbed, raped or killed by Thai sea pirates or die en route. Many boats sank. Hundreds of thousands drowned as these boats often capsized in rough seas. Just 19 years old then, Hoa recalls seeing a person’s body - the same person she’d eaten her one cup of rice a day food rations with in the windowless, rat-infested, rickety wooden boat hold - later thrown overboard like kitchen scraps to the waiting sharks and a watery grave in the South China Sea. Hoa shudders as she describes those memories she normally doesn’t like to talk about. “We were hungry and thirsty all the time,” she recalls of that seven-day journey with 50 others fleeing the country. “Even though I feared for my life, it was more scary if I had to live in Vietnam. I wanted an escape to a country with freedom.”

She eventually landed in Indonesia, grateful to be alive. She then spent six months in a refugee camp with conditions that weren’t much better than the boat crossing. In the Indonesian camp, her meal rations each week consisted of only 200 grams of sugar, 200 grams of flour, 200 grams of mung bean (small green beans), some salted dried fish and rice.  (That flour ration makes about a half loaf of bread).  She traded some of her meagre allocations for scarce vegetables when available. During that half-year stay in the camp barracks, which were long, wooden sheds shared with strangers, she contracted malaria and was very sick for two months.  Ever an optimist, she recounts: “I was lucky to spend only six months there. Some people spent five years.”

Nhon, who had not yet met his future wife, travelled six days on the ocean from Vietnam, then spent one and half years in a similar refugee camp in the Philippines.

Not Lottery Winners: We Had Nothing on Arrival to Canada

From such traumatic beginnings to now being parents of a 33-year old boy and homeowners in Surrey, they don’t consider themselves “lottery winners”, as far-left UBC academics and those who resent homeowners suggest.  In fact, these early Vietnamese refugees bristle at that divisive and dismissive label.  On arrival in Winnipeg, Canada, Nhon in 1982 and Hoa in 1984 respectively, Hoa emphasized: “Each of us had nothing, no money, no job, no family, no friends. Language was also a great barrier.  We couldn’t understand when people talked.”  This family finds real lottery winners the foreigners.  Although they wish them well for their good fortune, they can’t relate to those people smiling for the cameras while holding an oversized, multi-million dollar cheque for simply buying a five-dollar lottery ticket.

Hoa does admit she had some help initially from the Canadian government who loaned her the funds for an air travel ticket from the refugee camp to Winnipeg, which she later paid back. Her future husband Nhon, was sponsored by a Canadian church.

They both learned English, eventually settling in Ontario, where they met, got married and had a child. “My husband worked two jobs to support us and his parents in Vietnam.  I worked part- time, paid daycare for my young son, and went to school full time, graduating from a three-year college program (in IT) followed by accounting and payroll certifications.”

Feeling indebted to her new home country of Canada, Hoa seized an opportunity to give back to her local community. “I volunteered at the church, and helped at the Salvation Army Soup kitchen for the homeless.”

Eventually, her husband and son’s asthma and other health challenges forced them to move from Ontario to a milder climate in Metro Vancouver where they rented an apartment.  Even then, the cost of living in BC was still very high, the province where some say BC means “Bring Cash”.

“We tried to save money by buying sale-priced foods, seldom ate out, relied on homemade meals. We didn’t travel much, just went camping. I cut hair for my husband and my son.  We rented movies instead of going to the movie theatres,” says Hoa.

After 12 years of living and renting in Canada, they saved enough to put a down payment on a small, older two-bedroom condo in Surrey.

During their 17 years in the condo, they also suffered through the leaky condo crisis in the late 1990s. A poorly designed and legislated BC Building Code, modeled on a drier, California-style climate, led to widespread condo construction defects, with the lower mainland’s rain and moisture causing mold and significant water damage in condo walls. This family, like many others impacted by the leaky condo crisis, had to borrow an additional 20K on top of their existing mortgage to pay repair costs that met new building requirements. As they struggled to pay these additional unforeseen costs, they also raised their son and paid for his post-secondary accounting education. To help his parents defray the cost of his education, their son secured a part-time job.

After years of frugal living and paying condo insurance, mortgage debt, property taxes, maintenance costs, they were able to sell the condo and trade up. They put that equity towards a modest, single-family home in Surrey with a small yard and vegetable garden which they tend regularly. This cuts down the grocery bills during the summer growing season.

Having been both renters and homeowners, they understand the frustration and resentment felt by those who can’t yet afford to purchase their own first home. But they question why governments, instead of solving the problem, just make it worse by adding more taxes (costs) to homeownership.

Federal Government (CMHC) Funding Research For More Taxes on Your Home Savings
The recent federal government plan funding research into another potential tax on your home savings in your principal residence is a threat they find alarming.   “Forcing us to take on more debt to pay taxes doesn’t help housing affordability or enable a first-time homeowner struggling to save for a downpayment. Why not encourage more rent to own options? Or remove some of the government taxes and regulations which eat up $644K in a single-family home price in Vancouver?”

Coming from Vietnam, a country where more people share smaller spaces, she and Nhon also both wonder why governments don’t allow more housing choices on scarce land.  “If we could build a duplex or a couple townhomes on our single-family lot, that would help my son and his future family to live near his parents.  Then we would be close by to assist with child care needs.”

At a time when the global pandemic has decimated people’s incomes and investments, and governments seek new tax revenue sources to pay back an epic spending spree, Hoa is worried homeowners are convenient targets for more taxes. She believes she’s now on the “‘Freedom 95’ program. I’ll likely be working until my 90s to pay all the growing taxes.  All our lives, we have been fiscally responsible. We don’t spend money we don’t have or live on credit card debt. Homeowners should not be used as bank machines by government to fund all this excessive spending with money they have borrowed during low interest rates.”

Works Two Jobs to Pay Mortgage
She cautions people not to jump to conclusions that “you’re wealthy just because you own a home. We came here without money, not a dime.  We worked very hard and saved money for a down payment on our first home.  My husband’s health has declined so he can’t even work anymore.  I’m still working two jobs to pay our mortgage, take care of our son and our future needs.”

Ironically, the single-family home they purchased a few years ago was built in 1982, the same year Hoa’s future husband, Nhon arrived in Winnipeg with a dream of freedom in a country that once encouraged home ownership to secure one’s financial future. New housing taxes mean all their hard work for that dream’s in peril.

Please share your homeownership story with StepUp, and sign our petition opposing more taxes on your home.
Let your municipal, provincial and federal politicians know “lottery winners bought a ticket, not a home.”

We have a home shortage not a tax shortage