Letters Not Published in Media

Letters not published in media

There is no question that rising house costs is a significant problem and something we should all be concerned about. Again, however, why is there a continued effort to punish those who own these homes? 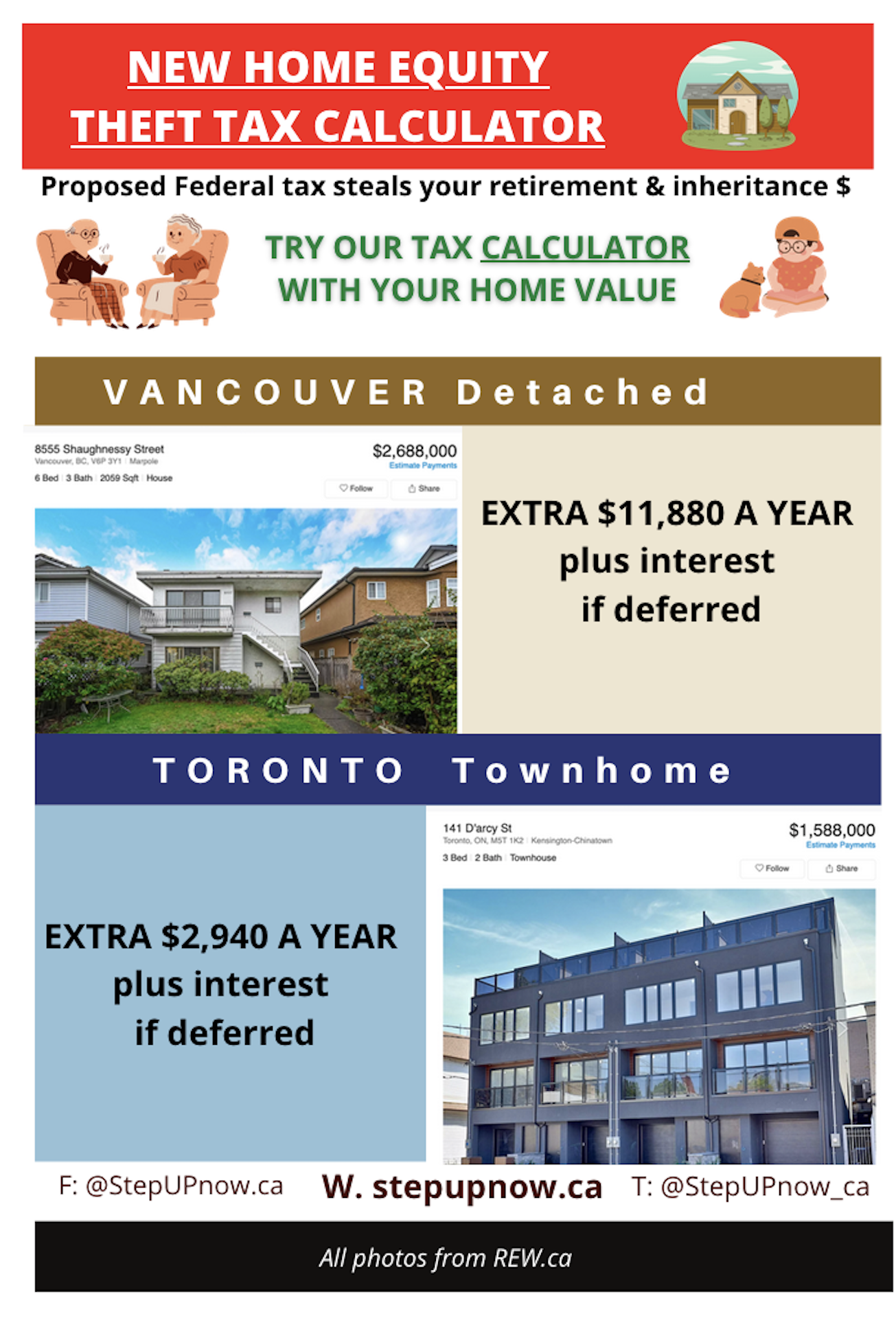 For so many Metro Vancouver and urban Canadian city residents, the reality is their homes were purchased decades ago when prices were more reflective of what working-class families could actually afford.  Take into consideration, for example, much of the Vancouver Westside. Many of those homeowners are seniors living on pensions or other limited income sources.

I know of a specific example where the widowed elderly Westside homeowner cannot afford to pay property taxes and has deferred payment for the last several years.  Assuming this annual surtax could not be deferred, what then? Must this individual, who believed in Vancouver before it became a destination location and moved into her humble home in 1969, be homeless?

Another example would be myself and my family who have always opened our home to additional family members who aren’t in a position to buy or might struggle to even rent. We only got into the market with the help of our elders who also invested in Vancouver decades ago. And even with that financial help, we could not afford to find a place that would support two and a half families. We moved to Metro Vancouver so we could continue to support extended family and are now once again faced with mounting costs that will cause our group inequity issues (because of course property taxes are also on the rise and a bigger jump than normal). I am the primary income earner in my family and most definitely working class. I can’t afford this additional surtax just because the assessed value of our home went up above $1 million. As the saying goes, house rich, cash poor.

It would seem short-sighted at best to suggest an annual surtax is the best approach to cooling the housing market.

I and so many others would ask that we all roll up our sleeves and look a little deeper into the solution strategy matrix. We need to find something that doesn’t run the risk of creating further injustices or even (ironically) homelessness.

Perhaps Councillors from Vancouver (Christine Boyle) and West Vancouver (Craig Cameron) could acquaint themselves regarding who is actually responsible for policing.  Under the Police Act, it is the Policing and Security Branch of the Provincial Government, who "is responsible for ensuring adequate and effective levels of policing and superintending law enforcement".
These responsibilities are carried out by the Police Board. "Under British Columbia's Police Act, the Board consists of the Mayor as Chair; one person appointed by the municipal council; and up to seven people appointed by the Lieutenant Governor in Council. Board members are chosen to reflect the demographics of the community."
Councillor Boyle says the decision is "a big black hole in terms of transparency of public funds and accountability for decisions made about them". As for the decision "being an alarming example of the province stepping into municipal affairs", it is the current Vancouver City Council that continues to step outside its responsibilities, into Provincial and Federal jurisdiction, by funding programs that belong to these 2 senior levels of Government.
Taxpayers can hold the Provincial Government accountable for all its decisions at the next election.
Taxpayers can hold the members of the Vancouver Council (who voted down the requested increase in 2020) accountable in the upcoming October election, for the increased lawlessness on the City Streets and the huge increase in property damages for businesses.
-Maureen Charron, Metro Vancouver resident

StepUP is a non partisan organization that is the voice for current and future homeowners and resident/business property taxpayers across Canada. We value economic freedom and prosperity.