ARE CITIES DYING UNDER "PROGRESSIVE" POLICIES?

ARE CITIES DYING UNDER "PROGRESSIVE" POLICIES & DECLINING VOTER TURNOUT?
Please ensure you VOTE in the upcoming 2022 civic (municipal) elections in your province! Watch our new video....

The Cambridge dictionary defines the term “progressive” as an adjective, meaning developing or happening gradually, using the example sentence: “There’s been a progressive decline in the standard of living over the past few years.” 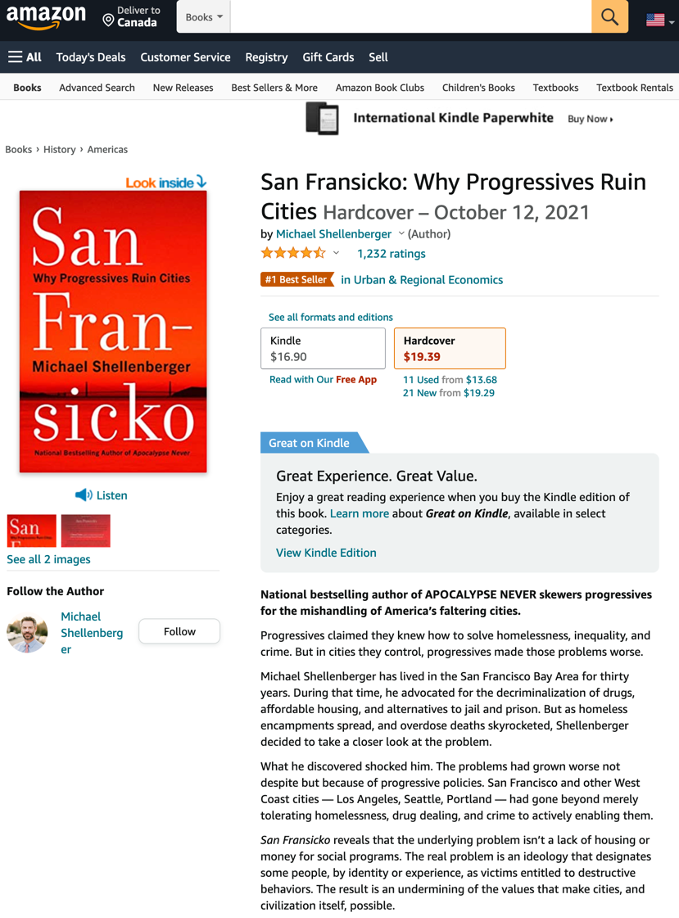 Based on recent evidence in urban areas especially, that sentence could potentially be a defining trait of that “progressive” label, often used in left-wing political parties. Some of you may recall that same word was initially part of the more center-right federal “Progressive Conservative” party brand decades ago.

Today, StepUp has noted the word “progressive” also appears to be synonymous with more new and rapidly rising property taxes on homeowners and businesses, under the guise of tackling “affordability” or “climate change” even though taxes are of course, an added cost burden on struggling taxpayers.  (See the Vancouver Mayoral candidate of the Progress Vancouver Party, Mark Marissen Twitter post for example). 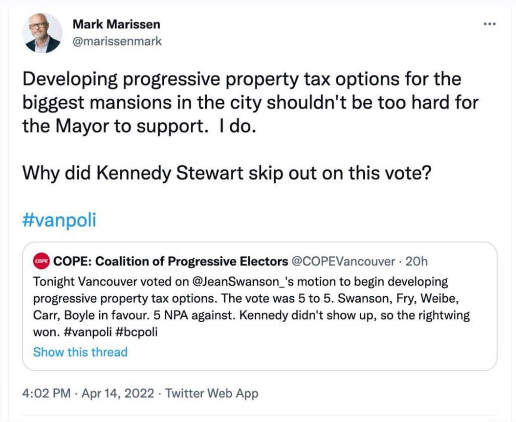 CRIME RATES UP
Other effects of progressive views, such as “defunding police” and lowering jail sentences, have resulted in clearly growing crime in our communities. Vancouver now has a four random stranger attacks every day.

Indeed, progressives would rather "remove stigma" of addicts' drug use and habitual thefts and other crimes by pushing for free drugs rather than desperately needed treatment or deterrent. They also advocate for the avoidance of punishment for serial criminals rather than being held accountable for their actions. The result is degradation of our communities.

We’ve also seen a disturbing trend of city governments embracing new spending on health, housing and social programs that were formerly the purview of senior governments who already collect our income and other taxes for that purpose.  This expanded civic mandate is contributing to crippling property tax increases, impacting seniors on fixed incomes, those struggling to pay mortgages and businesses hoping to stay afloat. Vancouver single-family home owners pay the highest property taxes in Canada. More seniors are taking on debt to pay their taxes through HELOCs and government loans against their equity. One of the most bone-headed moves we’ve seen was Vancouver City Council supporting an ”empty stores” tax on property owners trying to find retail tenants, a move championed by progressive Mayor Kennedy Stewart.

We are told by mainstream media such as the Toronto Star to back “progressive parties” in the Ontario provincial election, implying any other vote would be regressive. 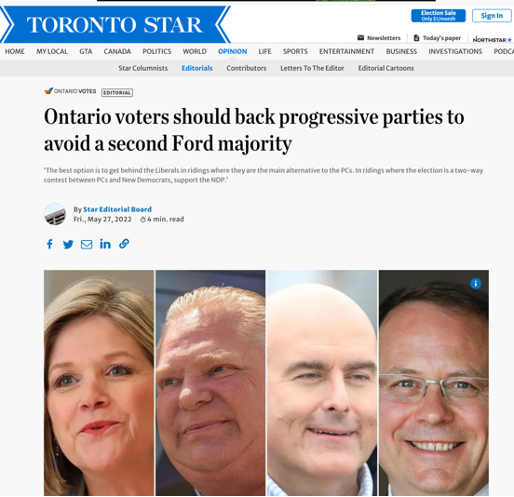 Meanwhile, in other coastal cities, like San Francisco, LA, Portland and Seattle, where “progressive” views have dominated, some of those former disciples are now questioning these policies that have resulted in disastrous outcomes.

FORMER PROGRESSIVE DENOUNCES THEIR POLICIES
One of those former progressives, Michael Shellenberger, penned a bestselling book on Amazon called San Fransicko: Why Progressives Ruin Cities. We haven’t yet read it but some of our supporters believe it’s an honest accounting of this failure.  Simon Fraser University’s Dr. Julian Somers, an expert in addiction, mental health and homelessness has famously said you don’t cure a drug addiction with more drugs. Yet, that’s exactly the prescription that progressives want everyone to swallow and pay for it.

This year, Ontario, BC, Manitoba, PEI and the Northwest Territories (Yellowknife), will face important civic elections that will dictate the future of our cities. Please, take the time to research each candidate you favour and know what the party brand stands for, assuming they’ve bothered to release any platform.

Voter turnouts in Toronto and Vancouver have been dismal in civic elections particularly. We’ve included those statistics below as well as the top issues identified in recent media stories.

You can read the volunteer-compiled cross-Canada civic research here. 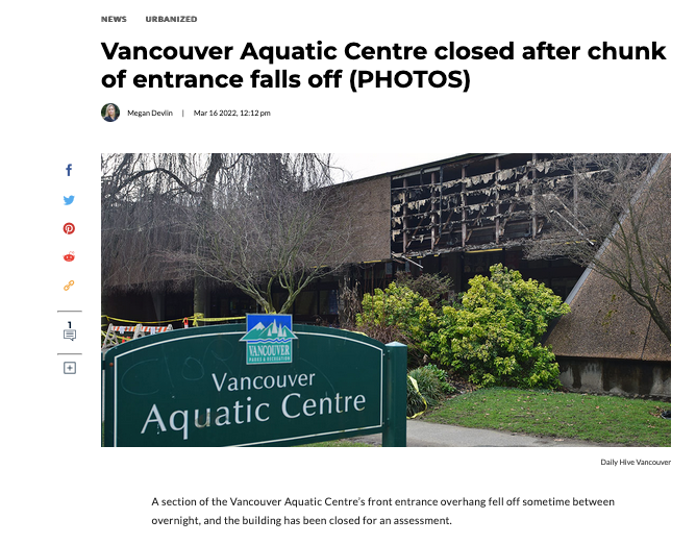 Unlike the Toronto Star, StepUp won’t tell you who to vote for. But, if you have concerns about your growing property taxes, declining community safety or desire a common sense, core civic services budget that doesn't try to solve global problems on the backs of local home and business property taxpayers, do your research, then vote.

Or, we end up with the government we deserve: rising crime and taxes, roads full of potholes, parks and boulevards unmowed with discarded needles and more tent cities, along with roofs falling off our beloved community centres.